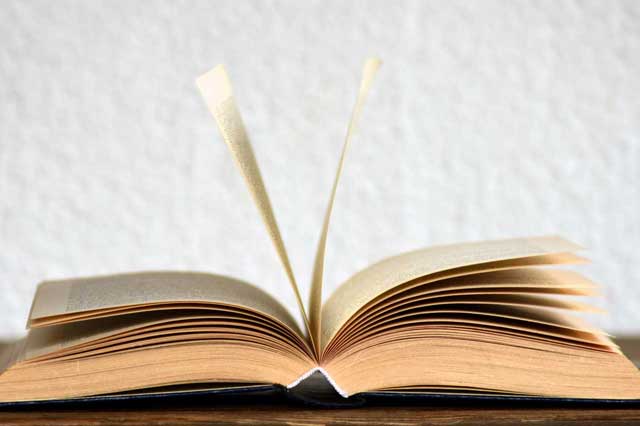 What do we mean by native English copywriter?

According to Stack Exchange, by definition, ‘a native speaker of English is someone who has learned and used English from early childhood. It does not necessarily mean that it is the speaker’s only language, but it means it is and has been the primary means of concept formation and communication.’

Knowing how to tackle correct grammar and tone is one thing, but speaking and writing like a local is entirely different. In copywriting, hiring a native English copywriter is generally a good sign that your copy will be written by someone with an intimate understanding of idiomatic English.

However, this comes with a huge caveat because, in our experience, just being a native speaker doesn’t by any means guarantee that you can write great copy!

We know there are lots of non-native speakers who speak and write in English fluently and with skill. When we’ve written on this subject previously, we’ve been taken to task by successful, professional non-native English copywriters.

There are many arguments as to why hiring a non-native speaker isn’t always a terrible idea. I really enjoyed this article by Péter Lévay, who, as a non-native speaker himself, sees it from both points of view. He notes that ‘being a native speaker of a language doesn’t automatically make you an expert in that given language’ and sees that there can be an advantage in learning and engrossing yourself in English as a second language. 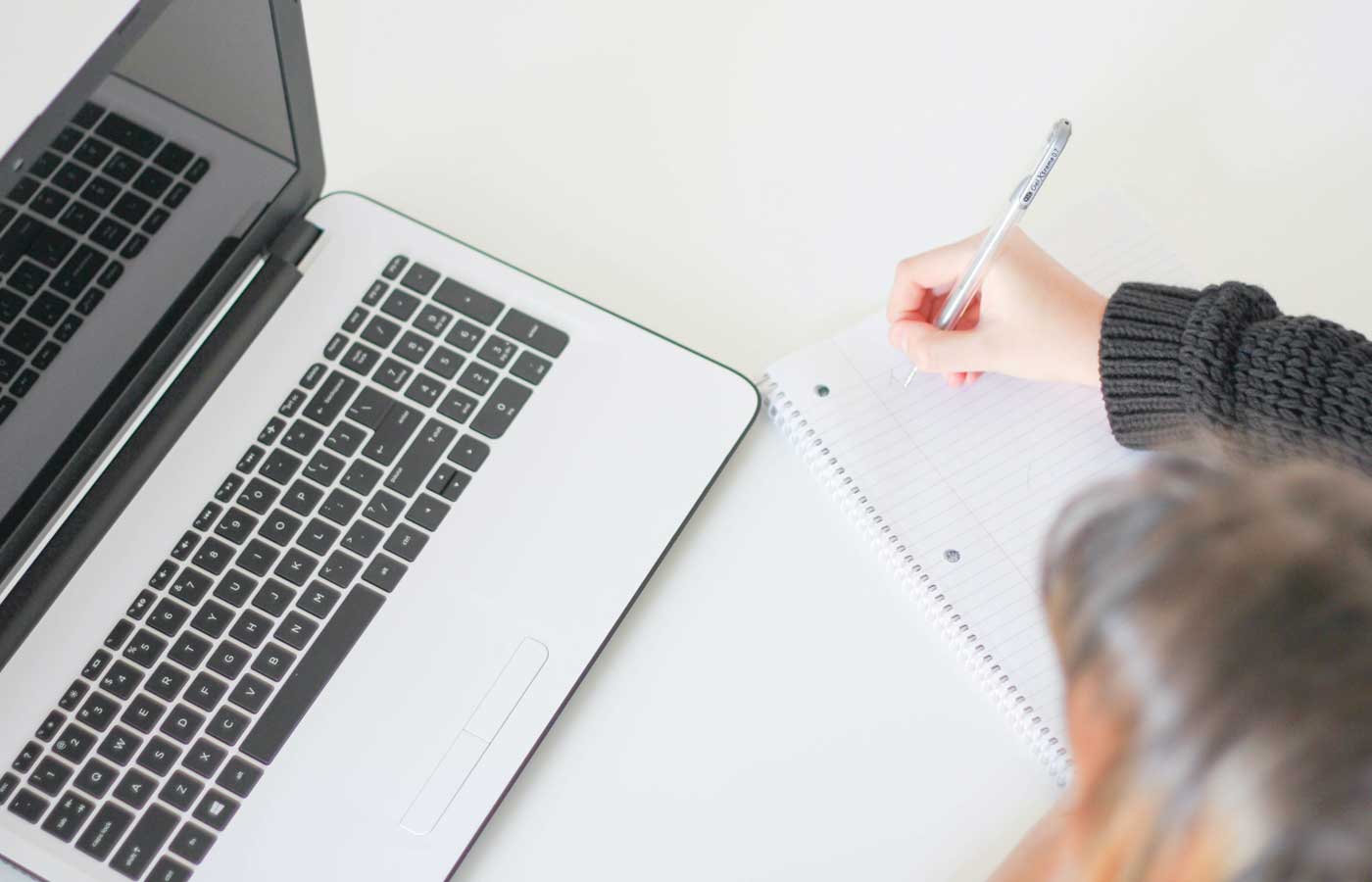 A non-native English copywriter can consume just as much English culture and regional differences as they can get their hands on and become very well-versed in the nuances of the language used in these areas. Lévay’s foundations in English were laid by 90s rap and scientific papers on global warming. He summarises that a writer is only as good and versatile as their readings – and I agree, this fact is hardly dependent on whether you’re writing with English as your first language or not.

But even Lévay recognises that textbooks and eclectic music only support his argument to a certain extent. A lack of lived local knowledge will often prevent any writing from sounding genuine and authentic.

The science of it

Writing in the English language is not just about grammar and sentence structure but also a detailed understanding of cultural nuances, colloquialisms, and conversational English. Let’s break it down:

Regional language will impact the meaning of some sentences but also the piece as a whole. A good example of this – the word ‘tea.’ From the classic English hot beverage served with a slice of your nan’s Victoria sponge to a hearty meal served after a long day at work. This kind of regional understanding can be lost on non-native English copywriters, and although not impossible to teach, it probably won’t come naturally.

With regional English comes cultural nuances and as a rule, a native English writer will be far better equipped to grasp what makes their audience tick. Inside jokes, puns and plays on words will engage your reader and keep them entertained. 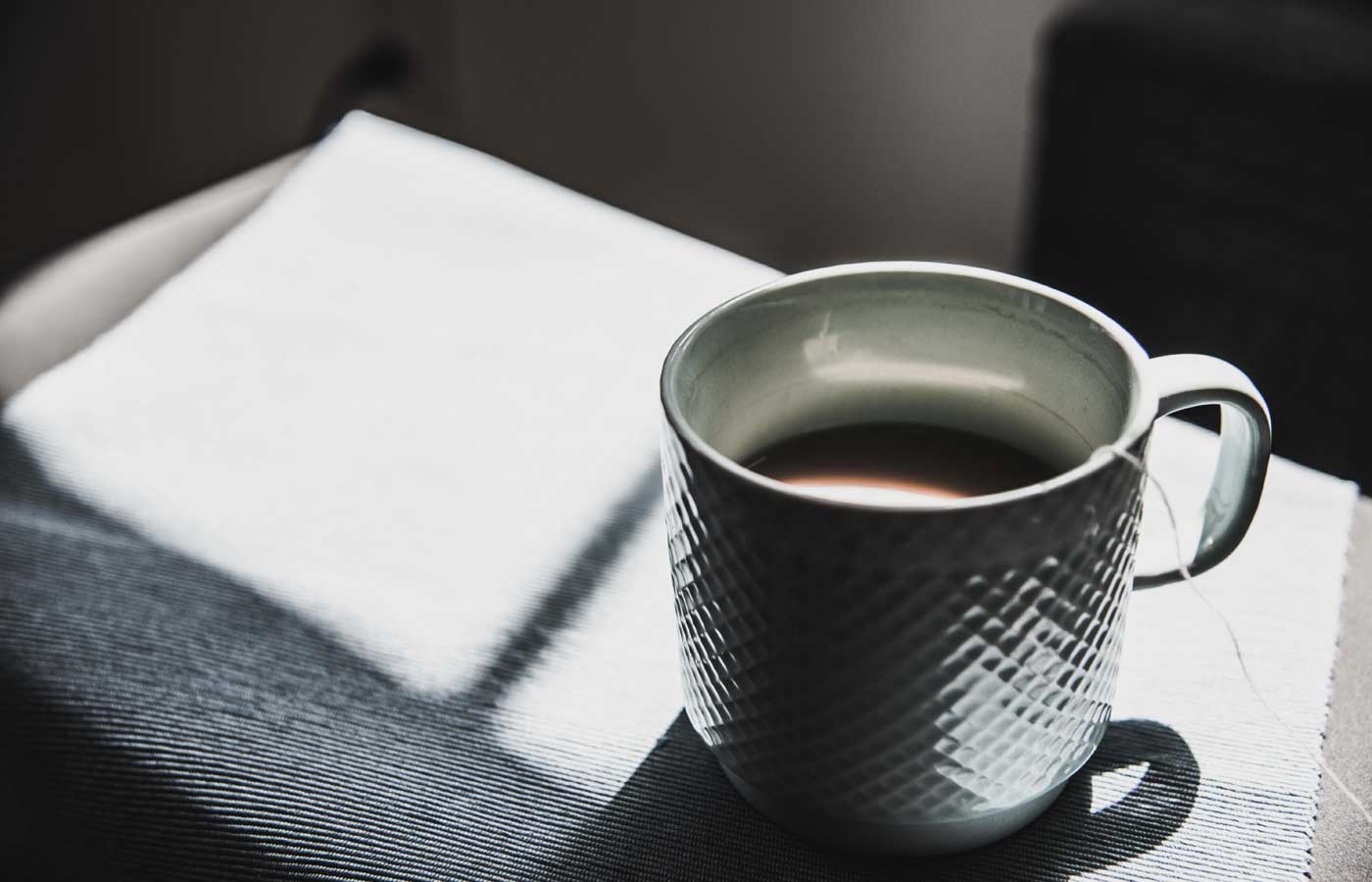 If you’re writing rather informally or for a playful tone, a native-English writer will probably find themselves using colloquialisms. By definition, A colloquialism is a word or expression that is commonplace within a specific language, geographic region, or historical era. Although used heavily throughout the English language, these can often be quite tricky for a non-native speaker to understand due to their double meanings or arcane origins. A few widely used colloquialisms, and my personal favourites, include blimey, brolly, chinwag, chockablock, and tosh.

And finally, let’s talk about idioms. An idiom is an expression that takes on a figurative meaning when certain words are combined, which is different from the literal definition of the individual words. For example, “don’t beat around the bush” is useful when you want someone to get straight to the point. Different regions will use different idioms, and unless you are a local or a regular frequenter of the area, understanding these phrases can be pretty puzzling.

Of course, not all copywriting has to include these literary devices, and not all non-native writers will be strangers to them. However, if you want to appeal to your audience, they should be used correctly. They are paramount in achieving the right tone of voice – and it could be tricky to engage your audience without using them effectively. A badly used idiom or colloquialism tends to stick out like a sore thumb.

Why a native English copywriter, anyway?

Are you providing your products or services globally? Without suggesting any implied acceptance of cultural imperialism, we contend that it’s generally accepted that English is the language of business. Therefore, making your communications readily available in English potentially means more customers. According to the Harvard Business Review, 1.75 billion people speak English to a useful level worldwide – that’s 1 in 4 of us. And English is the fastest-spreading language in human history.

Good English copywriting will give your business a competitive edge as you reach out to your intended audiences. Using persuasive copy in the English language can not only help you target new customers for your products but can help build an engaged following.

Writing content that will pack a punch globally is a skill. A copywriter may need to rewrite a roughly translated press release or adapt a document for a different culture or locale. That’s where transcreation and internationalisation come in. 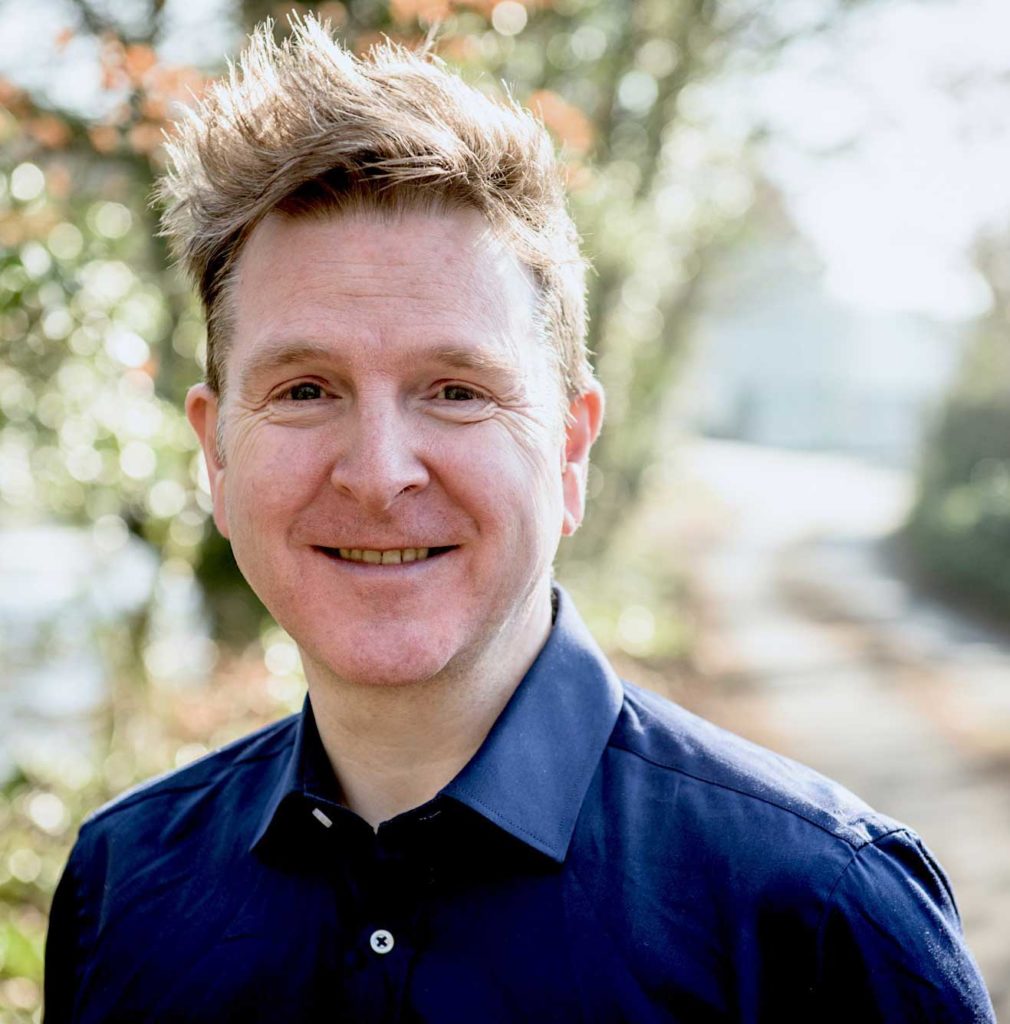 TELL US ABOUT YOUR PROJECT

Transcreation describes the process of translating a message from one language to another while maintaining its intent, style, tone, and context. A successfully transcreated message evokes the same emotions and carries the same intent in the target language as in the source language.

Why is this important?

If we were to translate a document word for word, the structure, meaning and tone of voice would probably change. It is up to the copywriter to rewrite the client’s original work to convey the same message but for the right audience.

Adapting your content for a specific locale is known as localisation. Localisation is adapting content to meet local cultural cues, including the idioms we mentioned earlier. It can also mean taking into account any social or cultural sensitivities or proclivities. 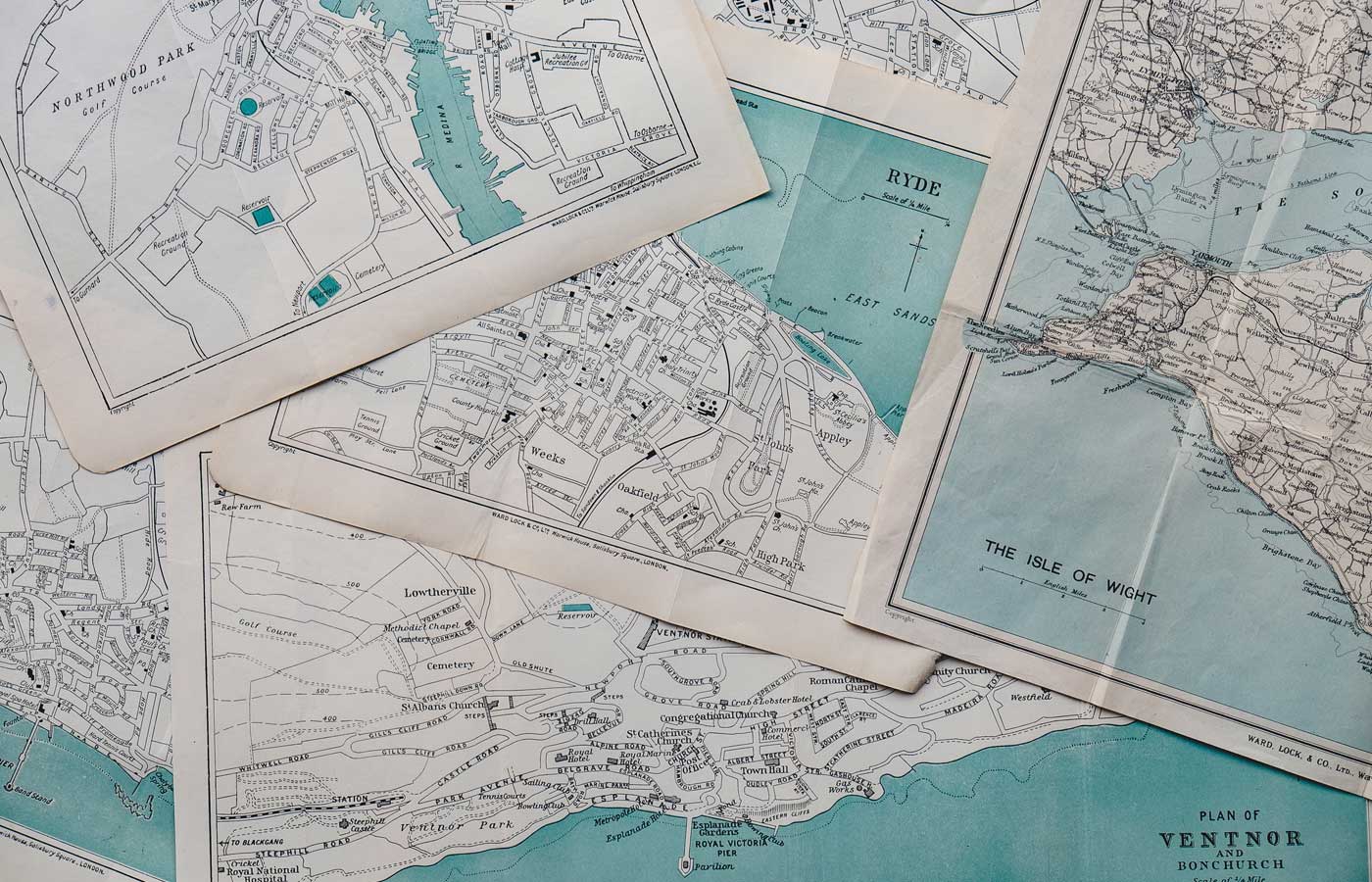 We see localisation take place not only during the translation process but for adapting content for American and British audiences. Although both are English speaking countries, there are different colloquialisms and nuances, as well as subtle differences in spelling and phrasing.

How does transcreation work in practice? We can – and have worked – with poorly translated (probably Google translated) copy that gives us a rough sketch to work with. Using this starting point (usually supported by brand materials like brand story, tone of voice documents, company presentations etc.), we “transcreate” the source material into good copy. This can save costs on translation, depending on how useful the source material is, although it may not be appropriate in every case.

On the flip side of transcreation and localisation, we have internationalisation. According to W3, internationalisation is the design and development of a product, application or document that enables easy localisation for target audiences that vary in culture, region, or language. Essentially it makes life easier for a translator or your local marketing teams.

Why would a company be concerned with internationalisation? It’s a more effective way of accessing markets further than the English-speaking world. Andrea Zoellner writes that ‘internationalisation should be part of the initial writing exercise, or you’ll end up having to rewrite your original copy down the line.’ 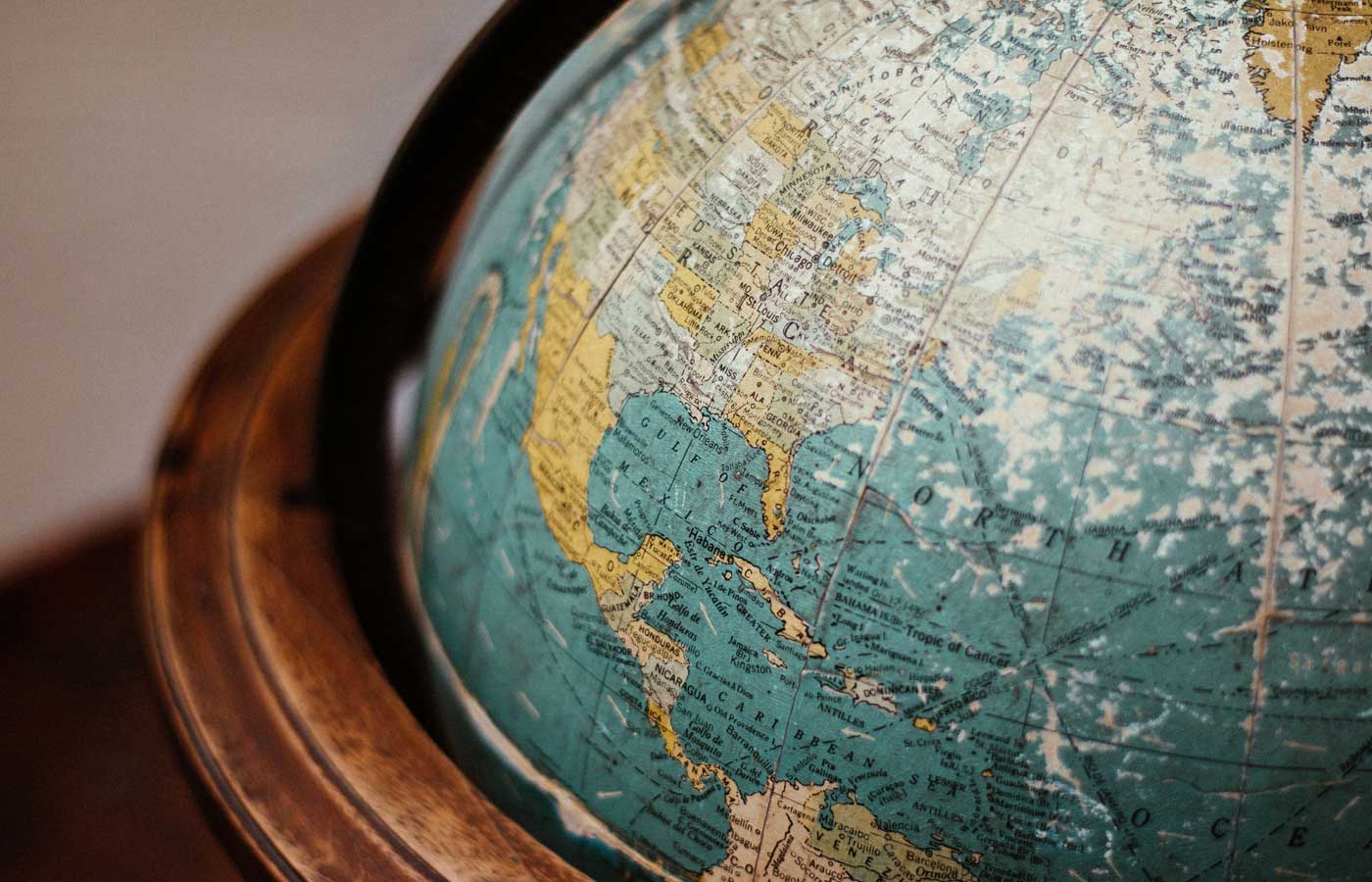 In other words, hit your content goals and write compelling copy in English first before translating to other languages, BUT remove any areas that could cause confusion or ambiguity in the translation. This usually means abandoning slang, idioms, and colloquialisms, keeping language understandable and sentences short and direct.

However, understanding the idiomatic intimacies of the English language is paramount. If used wrong, your writing could be misunderstood or ridiculed – a content marketing budget wasted.

As with any outsourcing or recruitment process, consider things on a case-by-case basis. Ask for examples of previous work, including results, and trust in your judgement.

How can we help?

Big Star Copywriting has have worked with clients in France, Italy, Denmark, Germany, Austria, UAE, Israel, USA, Canada and more. We have over a decade’s experience in creating highly effective, and search optimised web copywriting for both B2B and B2C clients in a range of sectors – our clients keep coming back to us because the native English copywriting we provide works. Read more about our service here and get in touch for a quote.