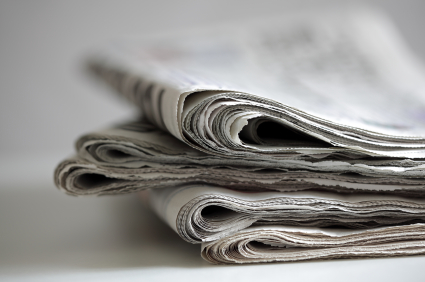 Press releases may not be as fashionable as guest blogging these days, but they are still the most effective way in generating brand awareness. Once you get the newspapers on your side, they’ll want follow-up stories and expect you to keep them informed. So how do you write your first press release? Here’s advice from someone who deals with them every day.

They say you should know your audience. So writing an effective press release means thinking like a reporter. So don’t write a sales pitch – statistics are news, but they are not stories. But if you know how the company’s products and services have benefited an individual… then you’ve got an angle.

Who, what, where and when – that’s how journalists begin their articles. Your press release should do the same. It must make its message clear and do so in the first and most important paragraph. The rest of the copy explores the how and why. So your opening mustn’t have too much detail – say ‘next week’ first, then give a specific date later.

You should also aim for concision and chuck out any industry jargon. Editors like to ask their reporters, ‘does it pass the pub test?’ In other words, do you see people reading your content aloud to their friends in a pub? If not, then you know it needs a good polish. If your copy needs to be search engine-optimised, keep the keywords in the headline but use them sparingly in the copy body.

Just like newspaper articles, press releases leave the oldest facts for the final paragraphs. The company description, location, services and contact details are placed under a ‘Notes to Editors’ headline. This section is known as the ‘boilerplate’ and reporters claim it is unimportant as it is only there to help them in case they have further questions.

And yet, it’s vital your boilerplate sizzles. Journalists won’t admit this but they paste boilerplates into their own articles quite often. So make sure it’s accurate and up-to-date as it’ll be frequently re-used in other press releases, news stories, follow-up stories, online chatter and in other digital marketing avenues, like your company’s website or social media profile. They should be re-written only after the company has undergone big changes.

As for the non-writing side, pictures are very important to press releases. Editors like receiving them because it means less work for their own photographer. But they are also good because it further allows you to define your business’ image on your own terms. Press releases may not be sales pitches, but some companies sneakily throw in a promotional tactic whenever they have a picture to go with their text.

I once worked with a clever shopping mall press release, which came with a picture of three people. Each person wore different clothes supplied by the mall’s shops. As well as identifying them from left to right, the caption mentioned their clothing – and noted their low prices. Some papers cropped the picture and re-wrote the caption, but others didn’t.

Such techniques are not to be done frequently. Journalists and press officers can happily work together if they earn each other’s trust. Make their job easier, not harder. If you use your news sense to cultivate a clever angle, keep the writing formal and company-focused, then you should be getting eager phone calls from the media in no time.

Charlie Bennett is a freelance copywriter and journalist based in Manchester. He works with
press releases frequently and never forgets the times they have tripped him up.
Find him on twitter: @cbennett1989